Ferrari has been on a roll with its recent mid-cycle refreshes. Last year at the Geneva Motor Show, the prancing horse brand unveiled the significantly updated replacement for the FF and named it the GTC4 Lusso, reviving a name last used on the 1971-72 365 GTC4.

Now, at this year’s Geneva show, the Maranellites lifted the silk on a revised version of their omnipotent F12 Berlinetta and rechristened it the 812 Superfast, utilizing a suffixed moniker that originated in a proto-muscle car Enzo concocted back in 1957 when he stuffed a big V12 into a car originally meant for a smaller one and baptized it the 4.9 Superfast. At least the capitalization and compound wording in this honorific finally makes sense, giving respite to the Spell Check programs worldwide.

“The name Superfast belongs to the Ferrari history,” says Flavio Manzoni, head of the Ferrari Design Center. “When we finish a project, we always create a list of names and this one just seemed to fit.” 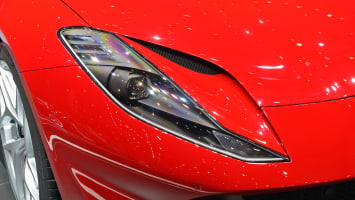 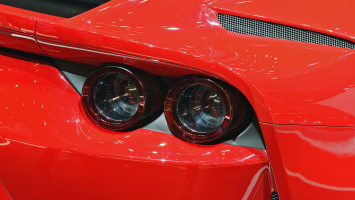 Ferraris have always, or almost always, been lovely objects to behold, but it still amazes us that a brand that so often nails its design language the first time around finds means and actualization for improvement when it comes time to spruce things up. We were obsessed with the appearance of the first FF, but the heart-stopping GTC4 Lusso wiped our memory of that hatchback like some process out of a Philip K. Dick story.

Similarly, this 812 Superfast obviates our Total Recall of its predecessor, and not just because the slightly larger naturally-aspirated V12 in its aquiline front makes nearly 60 more horsepower. The design is less encumbered that that of the F12, with smoother flow, fewer disruptive channels and voids, and additional streamlining that give the new car a more balanced profile and proportion. A thicker, and more sailing C-pillar in the back also raises the tail, providing an elegant and functional (Super)fastback design that echoes famed Ferraris of yore.

“Compared to its predecessor, we have made huge steps in performance, so it is necessary to develop very strong aerodynamic solutions or the car wouldn’t reach our objectives,” says Manzoni. “The rear reminds us of the Daytona, not because of the shape but because of the form. The cut volume at the tail is typical of many Ferraris of the Sixties, like the 250 Lusso, the 275 GTB4, the 288 GTO. And the return of the double taillight is typical of Ferrari as well.” 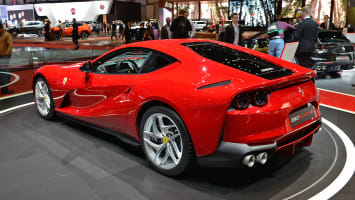 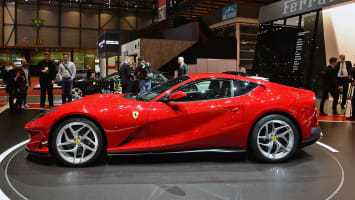 This car may represent the end of the line for Ferrari’s naturally-aspirated V12 engine as the sole powerplant of its front-engine grand touring and super sports cars, a tradition dating back to the founding of the road car brand 70 years ago this year. (An electric battery pack is expected to supplement the next-generation cars in 2020.) Electric power provides its own liberations and challenges for designers. How will this affect the appearance of future cars?

“If you consider that a Ferrari is always a form that follows a function, of course hybridization will have an impact on design,” says Manzoni. “A Ferrari must always be honest, have an aesthetic franknesss. The basic code of Ferrari is that it’s design is intrinsically connected to its essence.” He shrugs and smirks. “It is not possible to say how hybridization will produce different shapes. It will have to be a surprise.”

Best Ferrari Engines Ever Made

Ferrari 812 Competizione and Aperta are sold out