Monterey Car Week is all about celebrating motoring, in whatever form it takes. There was the Pebble Beach Concours d’Elegance for the art that is the automobile. There was the Monterey Motorsports Reunion to see multiple classic race cars attack the track at Laguna Seca.

However, the biggest news of the week comes from the other half of Pebble Beach that was used for Car Week, the auction block. With the owner represented by renowned auction house Gooding & Company, a very rare McLaren F1 crossed the block.

The McLaren F1 is what happened when a revolutionary Formula 1 engineer and designer was given an unlimited budget to develop, quite simply, the world’s greatest supercar. Gordon Murray, that engineer, took four years to design, prototype, evolve and finally build the supercar. He set the strictest of power and weight requirements, was not satisfied until every millimeter of every dimension on the car was perfect, and was still not 100% satisfied with the end result.

The S70/2 V12 engine required the expertise of BMW to make it as light as possible while also being as powerful as possible. The only engine ever since the F1 that required so much careful and technical development is the V10 that sits under the hood of the Lexus LFA.

Released in 1992, the McLaren F1 was the first car to ever cost $1 Million USD from the factory. Every part except the lightbulbs in the tail lights was bespoke and built only for the F1. It took the concept of a special edition or limited edition supercar and turned it on its head. Those that had come before, such as the Ferrari F40 and the Porsche 959, were all exceptional cars, but the Mclaren F1 was the one that broke the mold when it came to the absolute definition of a supercar, and it is still the measuring stick to this day.

It should be no surprise, then, that chassis number 029, one of only 64 ever built, started bidding already in the millions, and it quickly went up over $10 million.

The reasoning for this is that while it is a later model in the grand scheme of McLaren F1’s, this is perhaps the lowest mileage F1 ever sold. Technically, in 27 years, it has not even finished its engine break-in, as it has just 387 miles on the clock.

The original owner also bought the optional Facom Tool Cart that has a full set of wrenches and other tools to maintain a McLaren F1, often used by the McLaren technician that would be flown out to your car to perform services.

The original owner also took the full leather luggage set in tan cowhide and even sprung for the handmade, bespoke to the car TAG Heuer 6000 McLaren F1 watch, which is still working perfectly.

With such a collection of the options that one could specify for the car, it was no surprise when the bidding hit $15 million USD.

Eyebrows started to raise, however, when it started to approach $20 million. Only ten cars have ever broken $20 million USD (adjusted to the time of their sale) at auction, and two of those are Ferrari 250 GTOs.

Breaching $20 million would place chassis 029 as the 11th most expensive car ever sold at auction, and that record was reached after much deliberations between three of the remaining bidders. 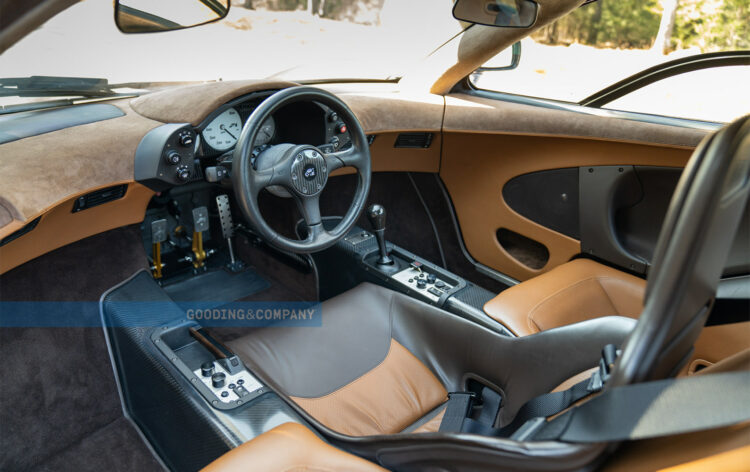 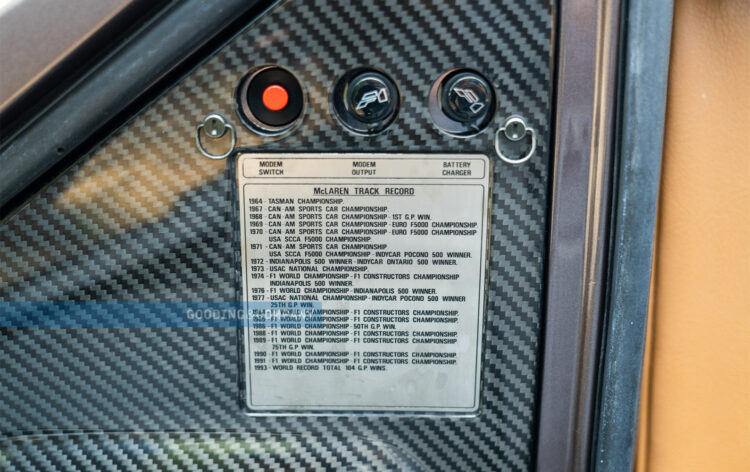 This number puts this 1995 McLaren F1, chassis #029, built in January of that year, into tenth place on the list of the most expensive cars ever sold at auction, pushing out a 1955 Jaguar D-Type Le Mans race car that sold for $20.3 million USD (adjusted) in 2016 . 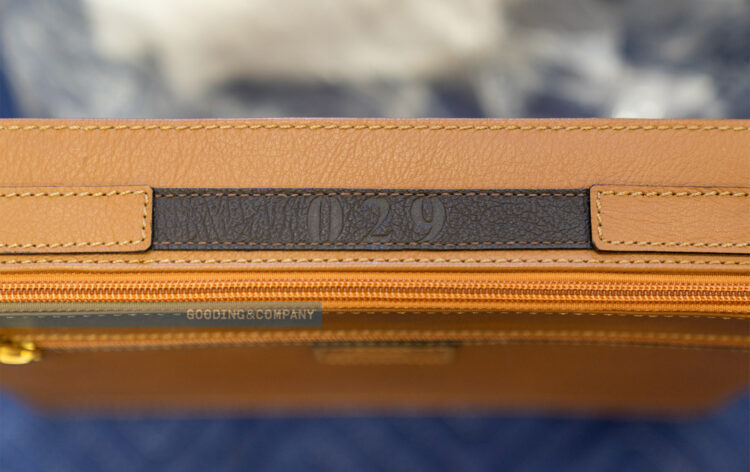 It was also the most expensive car sold at Pebble Beach for the entirety of the 2021 Monterey Car Week, and if any car deserves to take that

Why the Gemballa Marsien Is Billed as the Ultimate Adventure Sportscar