With Monterey Car Week coming up, we’re entering the high season for high-dollar auctions. It was just last August when a 1995 McLaren F1 with just 242 miles on it set a record at the Gooding & Co. Pebble Beach auction, selling for just under $20.5 million all-in. And we all know that in the past year the price of used cars has skyrocketed (OK, that’s a joke, we’re talking about an F1 here). But seriously, what price will RM Sotheby’s secure for what it’s billing as a “one of one” F1 that’s headed for the block Aug. 18?

The “one of one” aspect has to do with the car’s headlight configuration. Sotheby’s says chassis 059 of the 64 road cars built was the only F1 to leave the factory with this slimmer headlight arrangement that was meant to increase output. The auction house says headlights were the F1’s Achilles heel: “In night-time driving, output of the stock headlights was noticeably poor, not something that one wants to contend with at 240 mph.” This car was intended to rectify that, with headlight internals borrowed from a BMW Z1. McLaren later fixed the problem in other F1s by swapping and improving lamps within the original headlight housing, but leaving this example as you see it today.

Now, is that enough to make this F1 truly unique? We’ll find out. The difference is subtle, if you compare it with last year’s sale, F1 No. 025, shown here: 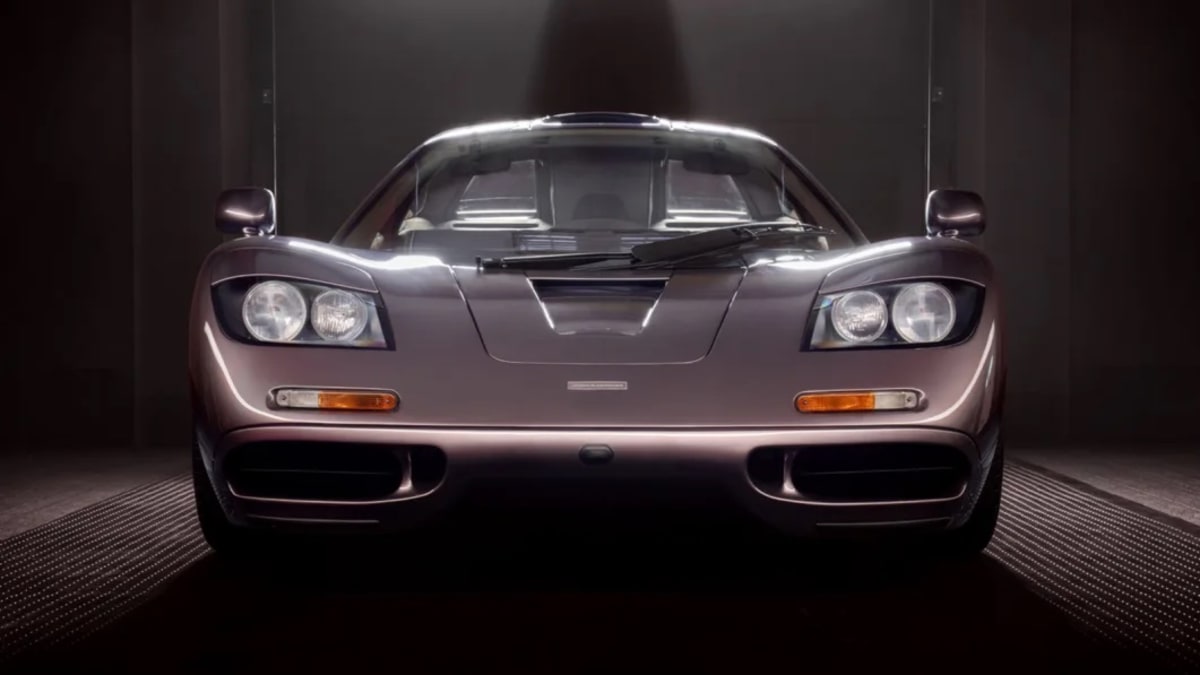 The silver Sotheby’s F1 is a two-owner car. (The original buyer already owned F1 No. 017 but traded that one in for this car in April 1998; the second owner has had it for 10 years.) The car has less than 16,400 miles, which of course is a lot more than last year’s barely-even-sat-in example. Still, you don’t see one of these up for sale every day. Just, mostly, every August.

Almost as interesting as the car itself is how Sotheby’s plans to sell it. The F1 will be sold “alongside” the Monterey lots, but instead of public bidding, it will be open to sealed bids, somewhat along the lines of the Bring a Trailers and Cars & Bids of the world. Once you’ve submitted, the house’s sealed-bid site will let you know where you rank. Minimum accepted increments for bids on a car in this stratospheric price bracket will be $50,000. Bidding will take place for 48 hours starting at 4 p.m. PDT Aug. 18. All in all, it’s not quite as dramatic as a gaveled live auction — but then again, a lot can happen, and a lot of money can be brought to bear, in 48 hours.

As for the more traditional auction, do check out the rest of the Monterey Sotheby’s catalog, which includes a perfectly purple 1993 Jaguar JX220 among its other delights.