Certain car brands have their typical stereotypes: Volvo is known for their world-renowned safety; Volkswagen is synonymous with ‘stance’ or the excessively lowered suspension lifestyle, and Subaru owners love to vape.

In the European car world, one brand has the reputation of being ‘The Driver’s Car’ and it’s in a lovely place called Bavaria… Wherever that is. Locally known as ‘Bayerische Motoren Werke’, we enthusiasts are more familiar with their acronym: BMW.

That honour was earned through the desire of destroying the competition and in turn, created one of the best cars in modern history: The BMW M3. Built because of an eligibility rule, BMW set forth in becoming the greatest German car in motorsport, even if there were risks that it would flop in sales. Thankfully, it didn’t, and a legend was born.

So with that in mind, let us now educate you and relive the history of greatness. Here are the best M3 cars of all time.

The reason why the E36 is the 5th best M3 is that compared to the entire lineage, it didn’t look that good. Sure, it brought the 3.0L inline-six engine to the world and it was drastically different from the first M3, but it looks awkward, bulky, and out of place, especially compared to the later models. It was a step in the right direction, but it was in need of refinement.

We think it’s best that we say our thanks to the E36 and quickly move on.

The mid-2000s brought the best in companies: the world gave birth to the Audi S4, the Mercedes Benz C63 AMG, and the E90 BMW M3. This particular generation had a delicious, buttery, high-revving S65 V8 engine. Producing 414bhp, it loves to ride the redline and asks for more.

Even though it had a chunky V8 at the front, the balance was poised and had precise steering compared to the competition.

In a famous Top Gear episode, Richard Hammond picked the BMW M3 and crushed the competition around the track as the Audi was prone to AWD understeer, and the C63 AMG was just too much to handle around the bends. The BMW was a perfect mix of power and handling, which were backed up by results.

The looks were mixed, but it looks way better than the E36 and considering it was created at the same era as the (in)famous ‘Bangle Butt’, we think that the E90 got lucky on this one. The chassis code was dependent on the body-style with the sedan, cabriolet, and wagon having their own codes, respectively. It may be confusing, but it’s nothing compared to what’s coming later on.

This generation stepped up from the plucky inline-six it had before and has a modern silhouette that still looks new a decade later. As we move further up into the echelon, however, the real legends emerge and are timeless classics.

For the die-hard fans, bet you didn’t expect this coming? I can feel the comment box lighting up. But let us create some controversy!

Yes, the E30 is the genesis for one of the greatest sports car in the world. The 1985 3-series was rebuilt inside and out to defeat the Mercedes 190E in DTM or the German Touring Car series. Because of homologation, BMW had to create a roadworthy version of the M3 racing car to compete and they did it in a spectacular fashion. BMW made mincemeat out of Mercedes in DTM and ruled British Touring Car, and much other racing series. The E30 M3 was created out of necessity and it was a great success.

It’s not the best because of the spartan nature it presented: it was a pure race car, and nothing else. For the purists, it’s the best M3 but the generations that are left in this article will definitely put up a fight to be known as better than grandpa. Alright, so here’s where the real fun begins. So the F80 replaced the V8 road-chomper that we all know was the E90 series.

Due to changing times and emissions regulations, the V8 was no more and we ushered in a new era of forced induction with a twin-turbo inline six. Complete with a body redesign, this was the new design language for BMW’s future. It is paving the way for the future generations but still remembering their heritage, continually being known as ‘The Driver’s Car’.

The F80 design looks absolutely stunning and the twin-turbo setup produces more power than the V8 it replaced while using less fuel. It is truly the best of both worlds, but be careful if you’re a wealthy socialite and ordering your first BMW M3 coupe on the phone because that doesn’t exist!

What? What do you mean?

BMW currently assembles its lineup into 10 distinct groupings. The sportier coupe-style are designated by even numbers (2 Series, 4 Series and 6 Series) while the sedan-style models are given odd numbers (3 Series, 5 Series and 7 Series):

So what you really want is the new BMW M4. Unless you want a 4-door, then you can get the M3. Or maybe a gran coupe 4-series instead because it comes with 4-doors? 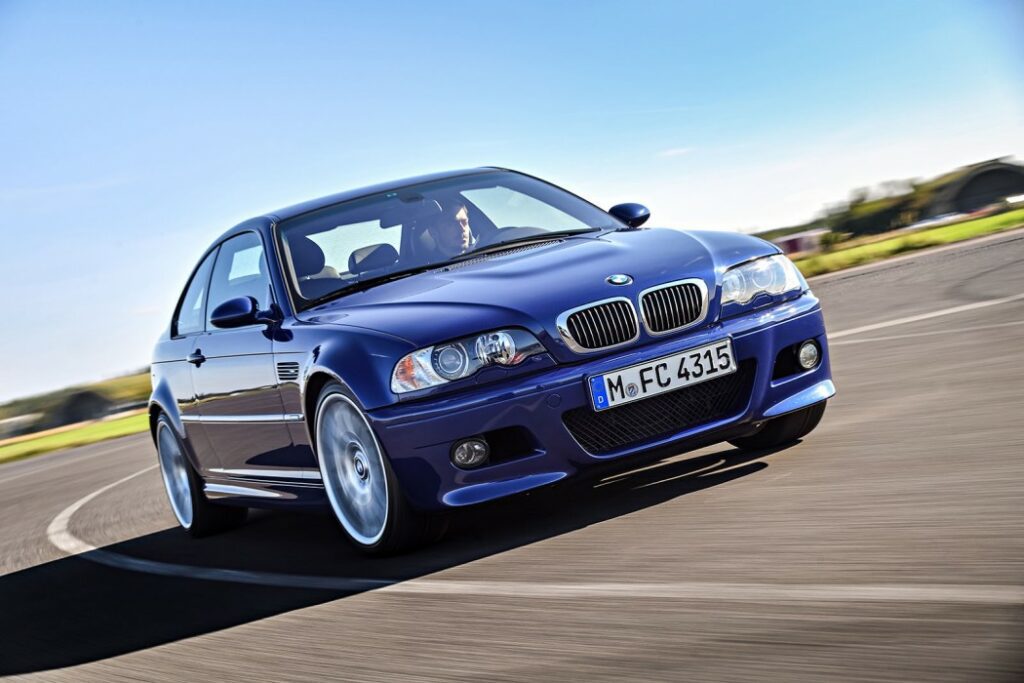 So now, we have reached the top: The King of the Mountain. The bold claim of being the best M3. Ever.

Produced to replace the awkward E36, the E46 ruled the sports world for six years in a land that had bland and subpar competition: The B5/B6 Audi S4 had a lot of engine issues especially with the V8 variety, and Mercedes W203 of the same vintage was garbage due to their partnership with Chrysler at the time.

The E46 was in a league of its own: it possessed the chiseled good looks that the E36 didn’t have and didn’t look bubbly like the E90. It had the inline-six that was lighter than the V8 and can be bought with the six-speed slushbox (don’t bother with the SMG transmission). It had mechanical steering and not a lot of electrical helpers or ‘nannies’ that the later generations had to have.

Other plus sides: It can be picked up for relatively cheap compared to E30 M3’s, which are car museum prices (might as well get a 993 Porsche, gasp!), and not dirt-cheap like E36 which attracts the crowd you don’t want to buy a used car from. The F80 is getting high at prices after options, while the E90 M3 is slightly more expensive used compared to an E46.

It was more advanced than the E30 that came before it, but not as bloated as their successors. It was the perfect mix of luxury and raw driving purity. It had the best of both worlds, and that’s why it’s the best one.