Way back in 2014, Hennessey Performance released renderings of its next hypercar, the Venom F5. It was going to be the successor to the 270-mph Lotus-based Hennessey Venom GT, with a potential 290-mph top speed. But it fell off the radar over the past few years. Now, Hennessey has released some teaser images of the Venom F5. The company also announced the car will be revealed later this year.

Comparing the teasers to the original images, it appears the production car hewed close to the first concept. There are detail changes, though, mainly at the front. The mirrors have been altered, and there are a couple of small vents near the base of the windshield. The rear looks closer to the early renderings, though the taillights may be a bit wider. 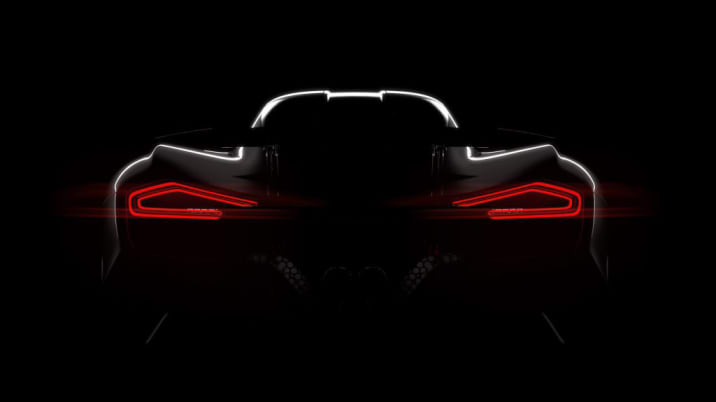 Few other details were revealed. The name has obviously stayed the same, as has the name’s origins. It comes from the “F5” rating for tornadoes with wind speeds between 261 and 318 mph, which is fitting for a car that the company claims will come close to 300 mph. When the original renderings were released, the company was planning on using a twin-turbocharged 7.0-liter V8 with 1,400 horsepower, but enough time has passed that the powertrain may have changed.

As for the rest of the car, Hennessey did say it will use a completely new and original chassis and body, unlike the Venom GT, which borrowed heavily from the Lotus Elise. John Hennessey, the company’s founder, described the car as being “sophisticated aggression on wheels.” The Venom F5 will also be built in Houston, Texas, by the Hennessey Special Vehicles division created specifically for the car.

In case you think that this car is still vaporware, it’s worth noting that Shell Lubricants is involved with the car, and it sounds as though they’ve been providing some level of support for it. Patty Lanning, Shell Lubricants’ president of marketing said, “Having the opportunity to be part of the engineering and testing of this groundbreaking hypercar is perfect for Pennzoil.” The company also helped put together a series of videos documenting the development of the car. The first one released, shown above, features a brief recap of Hennessey’s history, with some vague tidbits about creating the new car. We’re expecting more videos and details leading up to the car’s full reveal.